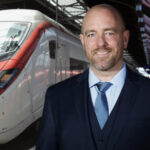 Roland Moser, 48-year-old from Basel (Switzerland), with a master and PhD degree in engineering from the Swiss Federal Institute of Technology, also holds an MBA from the University of Chicago, Booth School of Business. He was appointed in January 2021 as Head of Technology Office of the Swiss Federal Railways SBB and serves on various national and international boards of the railway sector.Prior to his assignment with SBB, Roland held international technology management positions with ALSTOM and General Electric (GE). He is well travelled, lived and worked in the United States and Japan and speaks fluently German, French and English and is able to communicate in Italian and Spanish. Roland is a business savvy technology manager and strategist with a 20 years’ experience in corporate research, innovation management, data- and IP management, change management and lean product service value chains. Roland was successful in corporate venturing and building up new technology initiatives for big corporations and medium enterprises alike. He won various corporate, industry and venture awards for innovation and is author and co-author of numerous peer reviewed journal papers and conference publications and over 20 patents in the field of non-destructive testing, robotics, machine tools and magnetic levitation. 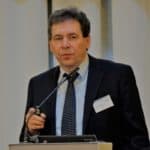 Jürgen Schlaht is currently Vice President for Technology and Innovation Management of Siemens Mobility GmbH. On the European level, he holds several responsibilities in Shift2Rail, UNIFE and ERRAC. After joining Siemens AG in Erlangen in 1984 as a sales engineer and project manager in transportation systems mass transit, Jürgen Schlaht worked in transportation area internationally in several functions. For example, he was subgroup leader of Rolling Stock within the turnkey project Metro Athens line 2&3. After that he had project and sales responsibility for mass transit products like metros and tramways in several European countries as well as electrical driven buses worldwide for some years. After that Jürgen Schlaht turned into the mainline railway business at Siemens AG, mainly responsible for market analysis, product strategy and product portfolio strategy. Jürgen Schlaht was also responsible for elaborating and implementation of processes for requirements engineering and product life cycle management. Then Jürgen Schlaht led the Department for Technology and Innovation for Siemens Rolling Stock. 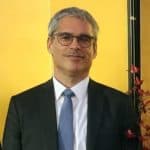 Sebastian Stichel is since 2010 full professor and currently head of the Department of Aeronautical and Vehicle Engineering at KTH Royal Institute of Technology in Stockholm, Sweden. He is also chairman of the Shift2Rail Scientific committee. Since 2011 Sebastian is director of the KTH Railway Group, a multidisciplinary research centre that deals with most aspects of Railway Technology. He holds a B.Sc. (1989). and a M.Sc. (1992) in Vehicle Engineering from Technische Universität Berlin. He also holds a PhD (1996) in Vehicle Dynamics from TU Berlin. From 2000 to 2010 Sebastian was employed at Bombardier Transportation in Sweden where he headed a Vehicle Dynamics department with employees in Sweden, Germany, UK and France since 2003. Sebastian has a primary research interest in the dynamic vehicle-track interaction mainly using multibody simulation. Main concerns are improved ride comfort and reduced wheel and track damage. He is also involved in research on the interaction between pantograph and catenary and active suspension for rail vehicles.

We use cookies on our website to give you the most relevant experience by remembering your preferences and repeat visits. By clicking “Accept”, you consent to the use of ALL the cookies.
Cookie settingsACCEPT
Manage consent

This website uses cookies to improve your experience while you navigate through the website. Out of these, the cookies that are categorized as necessary are stored on your browser as they are essential for the working of basic functionalities of the website. We also use third-party cookies that help us analyze and understand how you use this website. These cookies will be stored in your browser only with your consent. You also have the option to opt-out of these cookies. But opting out of some of these cookies may affect your browsing experience.
Necessary Always Enabled
Necessary cookies are absolutely essential for the website to function properly. These cookies ensure basic functionalities and security features of the website, anonymously.
Functional
Functional cookies help to perform certain functionalities like sharing the content of the website on social media platforms, collect feedbacks, and other third-party features.
Performance
Performance cookies are used to understand and analyze the key performance indexes of the website which helps in delivering a better user experience for the visitors.
Analytics
Analytical cookies are used to understand how visitors interact with the website. These cookies help provide information on metrics the number of visitors, bounce rate, traffic source, etc.
Advertisement
Advertisement cookies are used to provide visitors with relevant ads and marketing campaigns. These cookies track visitors across websites and collect information to provide customized ads.
Others
Other uncategorized cookies are those that are being analyzed and have not been classified into a category as yet.
SAVE & ACCEPT